Home » Blog » Could Your Food Be Making You Anemic?

Anemia is a condition marked by a deficiency or decrease in red blood cells or of hemoglobin (Hb) content in the blood, resulting in pallor and weariness. This is caused by a limited number of mechanisms that can function independently or occur synergistically.

Hemoglobin is a protein that transports oxygen into the body and carbon dioxide out of the body. A lack of hemoglobin leads to hypoxia and acidosis. 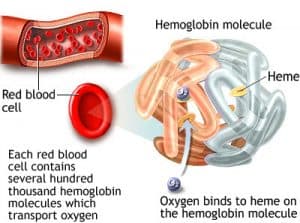 At the center of the hemoglobin molecule is the mineral iron, which is vital in the synthesis of hemoglobin and myoglobin (muscle cells). Hemoglobin in blood carries the oxygen you breathe into your lungs to all tissues throughout the body, and myoglobin in muscle holds and stores oxygen for use during exercise. Myoglobin is particularly important for aerobic muscle fibers that are also called slow-twitch red (or type I) fibers. In fact, it is the myoglobin that makes endurance muscle reddish in color.

The iron in hemoglobin and myoglobin is essential because it has special biochemical properties that allow it to carry oxygen, and then release it to the tissues when necessary. Human cells — particularly working muscle cells — need a regular supply of oxygen to generate or produce energy. Iron-containing hemoglobin is also instrumental in assisting the elimination of carbon and hydrogen atoms that are released during the use of carbohydrate and fat fuels for energy, forming carbon dioxide and hydrogen. Therefore, having adequate iron stores is particularly vital during exercise when the hemoglobin-rich red blood cells are shuttled between the lungs and the exercising muscle, supplying fresh oxygen while eliminating carbon dioxide. In addition to its role in oxygen and carbon dioxide shuttling, iron assists many enzymes in the energy-generating pathways. Iron is also needed to produce new cells, hormones, neurotransmitters, and amino acids. A deficiency in iron is, therefore, a main cause of anemia.

There are two ways to get iron from foods:

1. Heme iron (from animal products) – which is the easiest way to absorb iron according to western medicine

2. Nonheme iron (from plants) – claimed to be the less optimal way to obtain iron

Iron is so imperative to the body that is has been referred to as the body’s gold: an absolute precious mineral to be hoarded. Following absorption in the intestines, an important protein called transferrin escorts it to various tissues in the body. Iron is stored primarily in the liver and bone marrow as part of two other proteins called ferritin and hemosiderin. Some storage also occurs in the spleen and in muscle. A minute amount of the storage protein ferritin also circulates in the blood. Only a very small amount of unescorted iron circulates in the blood. 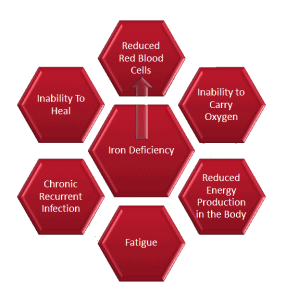 The liver assigns iron, sent from bone marrow or from its own stores, into new red blood cells, made in the small intestines, and releases them into the blood. Red blood cells typically live for three to four months. When the red blood cells die, the spleen and liver salvage the iron from the dead cells where it is rerouted back to the bone marrow and stored for reuse. In this way, iron is truly hoarded. Trace amounts of iron are lost daily through the shedding of cells in the skin, scalp, gastrointestinal (GI) tract and through perspiration. The greatest loss of iron, however, occurs through bleeding. Normal average daily iron loss is approximately 1 milligram for men and non-menstruating women, and approximately 1.4 to 1.5 milligrams for “normal” menstruating women. Monthly menstrual losses account for the higher average iron loss in women.

The Top Causes of Anemia in Women: 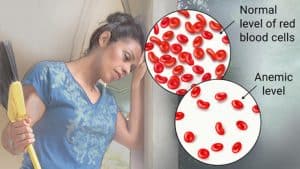 Calcium (like iron) is an essential mineral, which means the body gets this nutrient exclusively from diet. Calcium is found in typical standard American diet (SAD) foods such as milk, yogurt, cheese, sardines, canned salmon, tofu, broccoli, and also in almonds, figs, turnip greens and rhubarb. It is the only known substance to inhibit absorption of both non-heme and heme iron. In amounts of 50 milligrams or less, calcium has little, if any, affect on iron absorption. Calcium in amounts 300-600 milligrams profoundly inhibits the absorption of heme and non-heme iron. One cup of skimmed cow’s milk contains about 300 milligrams of calcium.

Eggs contain a compound that drastically impairs the absorption of iron. Phosphoprotein, also called phosvitin, is a protein with an iron binding capacity that may be responsible for the low bioavailability of iron from eggs. This iron inhibiting characteristic of eggs is known as the “egg factor”. The egg factor has been observed and documented in several separate case studies. One boiled egg can reduce absorption of iron within one meal by as much as 28%.

Oxalates impair the absorption of nonheme iron. Oxalates are compounds derived from oxalic acid, and are found in foods such as spinach, kale, beets, nuts, chocolate, black and green tea, wheat bran, rhubarb, strawberries, and in herbs such as oregano, basil, and parsley. The high presence of oxalates in spinach explains why the iron in spinach is sparsely ever absorbed. In fact, it is reported that the little iron from spinach that does get absorbed is probably only incidental, i.e. from the minute particles of sand or dirt clinging to the plant, rather than the iron contained within the plant. 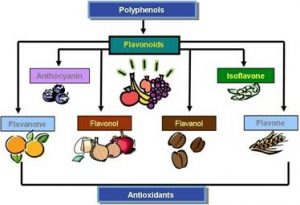 Polyphenols are major inhibitors of iron absorption. Polyphenols or phenolic compounds include chlorogenic acid found in cocoa, coffee and some common herbs. Phenolic acid found in apples, peppermint and some herbal teas, also tannins found in black teas, coffee, cocoa, spices, walnuts, fruits such as apples, blackberries, raspberries and blueberries, all have detrimental abilities to inhibit iron absorption. Of the polyphenols, Swedish cocoa and certain teas exhibit the most powerful iron absorption inhibiting capabilities, in some cases up to 90%. Coffee is high in tannin and chlorogenic acid; one cup of certain types of coffee can inhibit iron absorption by as much as 60%. These foods or substance should not be consumed within two hours prior to and following your main iron-rich meal.

Phytate is a compound found in soy protein and fiber. Even low levels of phytate (about 5 percent of the amounts in cereal whole flours) have a powerful inhibitory effect on iron bioavailability. Phytate is also found in walnuts, almonds, sesame, dried beans, lentils, peas, and in cereals and whole grains. Phytate compounds are known to reduce iron absorption by 50 to 65 percent.

These must all be avoided (but if eaten, a minimum of 2 hours before and after eating iron-rich foods) in the case of iron deficient anemia
Signs and Symptoms of Anemia:

• Conjunctiva, buccal mucosa, and nail bed may be pale in color

• Glossitis (inflammation of the tongue)

• Cheilosis (sores about the lips and mouth)

Foods that MUST be Incorporated into the Diet to Reverse Iron Deficient Anemia:

Over the last 200 years, African Americans have struggled for social, economic, and political equality. Although we have made an abundant amount of progress in society, black people are still suffering. Health is the true reflection of the quality of life a person lives, yet despite the echoing claims of us living our best lives, the health of black people is deteriorating. 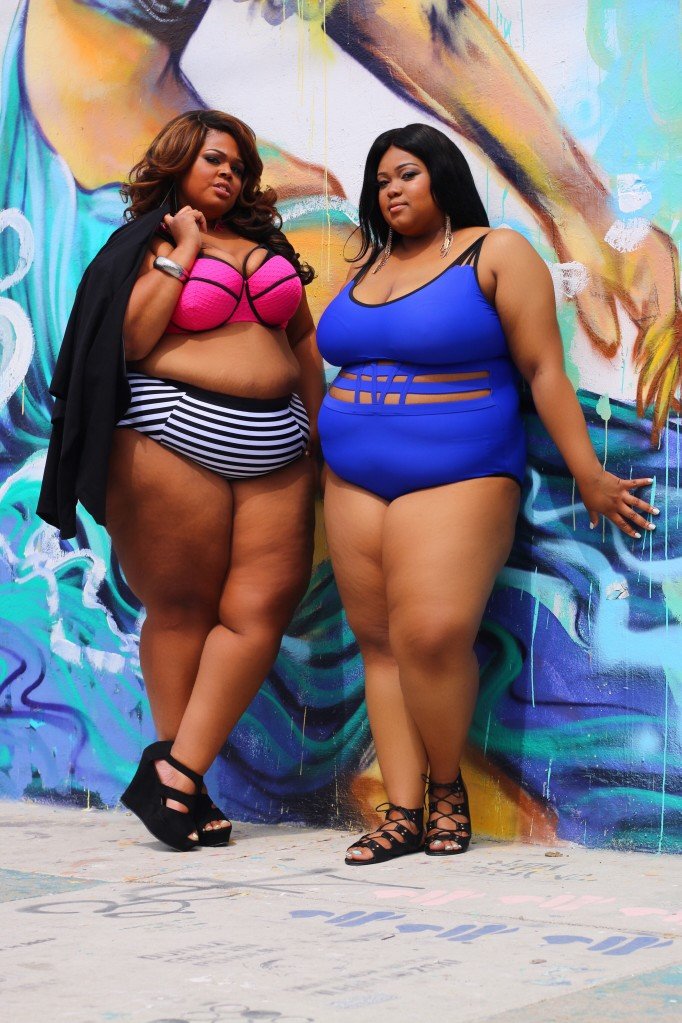 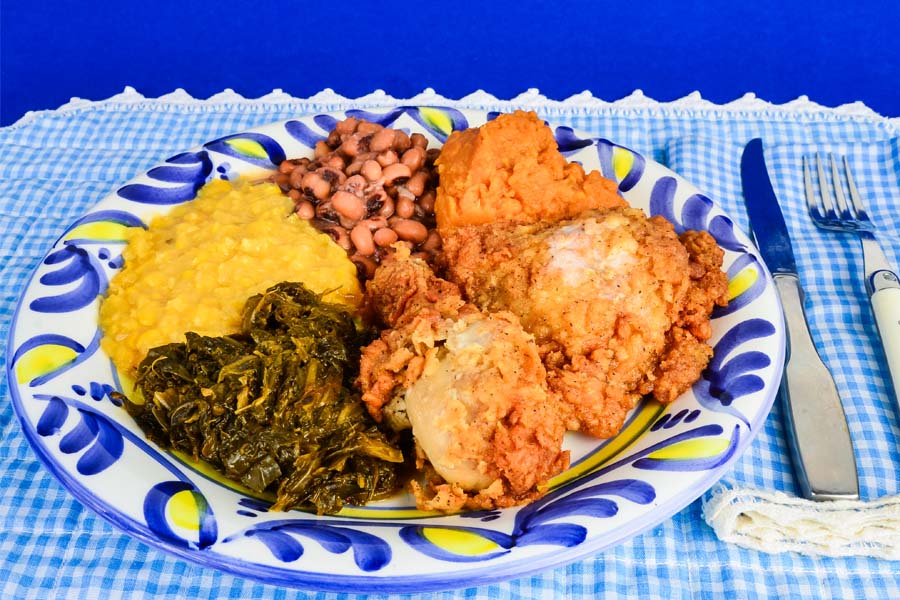 Soul Food feeds and sustains your fibroids and estrogen dominance. It contains the most adverse ingredients to your health and well-being: Fried Chicken – everyone’s… 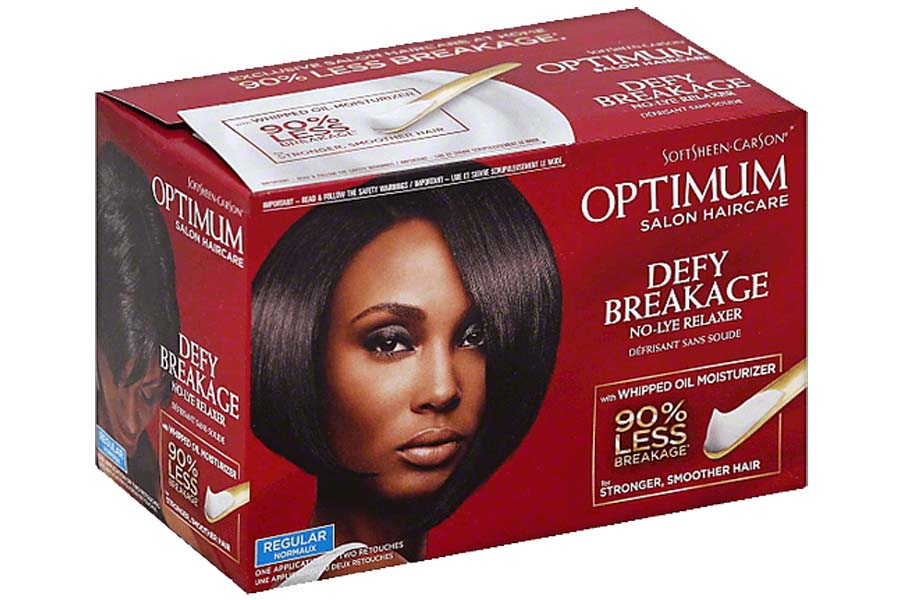 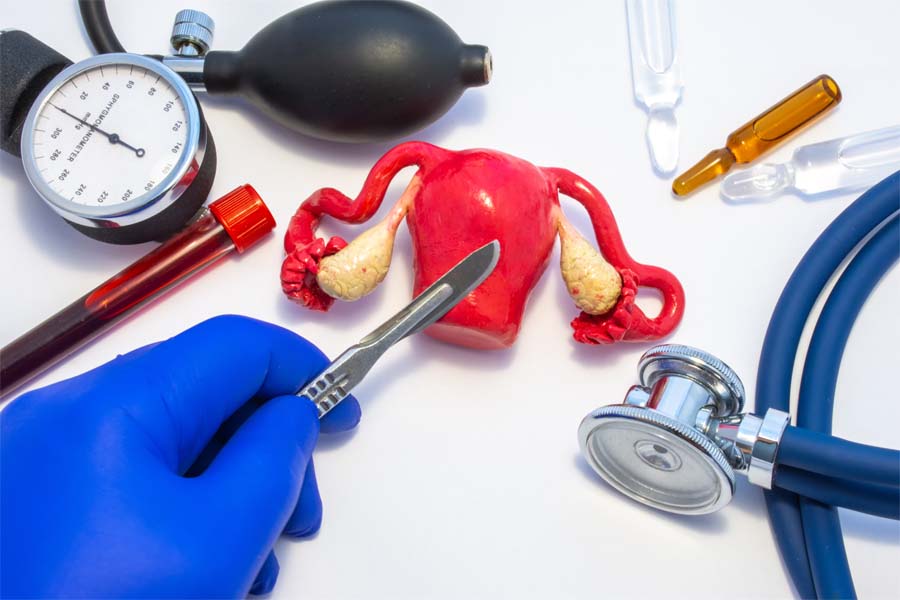