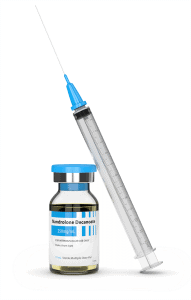 Anabolic-androgenic steroids (AAS) are by far the most used substances for improving muscle strength, mass and performance. Most users are not competitive athletes, as we have been lead to believe, and unfortunately a large portion of the users are only teenagers.

Most commonly with the use of these synthetic steroids, users seek to maximize the anabolic (tissue growth stimulation) effect while minimizing the androgenic (male type) effect. The anabolic/androgenic ratio of natural occurring testosterone is one to one. With anabolic steroids, this ratio varies tremendously and can even reach staggering ratios of over thirty to one.

Anabolic androgens have a significant effect on gonadal function. Anabolic androgens and synthetic testosterone suppress endogenous hormone production. There is structural shrinking in hormone producing glands and organs. The actual extent to the effects is individual-specific: in some male users sperm production absolutely ceases while in others the changes are merely negligible. The function of the testicles is to produce sperm and the sex hormone, testosterone. Normal testosterone production generates masculine sexual characteristics, and ensures high testosterone level in the testes (normally about a 100 times the concentration than that found in blood circulation) that is absolutely indispensable for normal sperm production. 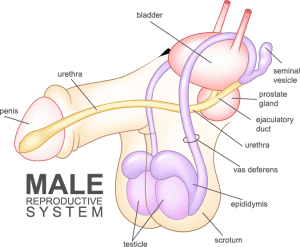 Fortunately, the changes that anabolic androgens cause in sperm production are usually reversible. However, it can take up to a year before normal sperm cell counts are reestablished after the use of large doses. If administered in large doses to users who are in their pre-puberty phase, anabolic androgens can cause several, possibly irreversible, changes in testicular function.

In females, the use of synthetic testosterone and anabolic steroids cause excessive growth of body hair, lowering of the voice, reduction in breast size, balding, enlargement of the clitoris, skin problems and menstrual cycle anomalies. Some of these effects may be permanent.

Sexual desire (libido) is mostly controlled by testosterone and progesterone. Synthetic anabolic steroids can increase the libido. The increased libido may be a problem because large androgen doses may proportionally increase violence.

Synthetic testosterone and anabolic steroids, after extensive experimentation and research, have been found to profoundly affect the central nervous system both in laboratory animals and humans. The locations of their affects in the brain are closely linked to those centers that regulate mood, sexuality and aggression. These centers are known as the limbic system.

People who use steroids in excessive doses, such as competitive athletes and chronic injury patients, often experience, during administration or post usage, mood disorders that identically mimic the criteria of psychiatric disease categories such as depression, anxiety, psychosis and cognitive deterioration. 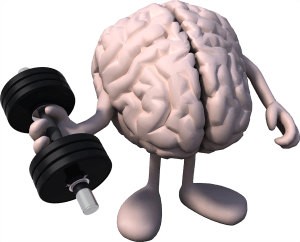 Dopamine is a multi-functional neurotransmitter participating in the regulation of mobility, learning, emotions, appetite and positive reinforcing effects. It is a neurotransmitter imperative for operating the self-reward system; so dopamine is the essential component in addiction development. Serotonin, on the other hand, regulates sleep patterns, movement, appetite, sexuality and emotions. According to recent research, it is also strongly related to memory operations and sustainable concentration.

In animal experiments it has been found, inter alia, that the anabolic steroid, nandrolone, changes the dopamine system’s response to stimulating intoxicants. The release of intoxicant-induced neurotransmitters lessens, and so does the pleasure procured from using intoxicants. As a result, the dosage and usage of intoxicants has to be systematically increased to experience the same levels of pleasure and stimulation. This is the definition of addiction.

It is well-known that anabolic steroid abuse in high doses will likely impair a number of vital organs and functions, catalyzing both physical and psychological illnesses. More importantly, many of these symptoms have been found to be long-lasting even after the discontinuation of using these compounds.

Anabolic steroids in large doses have been demonstrated to induce programmed cell death in many cell types, including neuronal cells. This could result in irreversible changes in the nervous system, leading to chronic nervous and psychiatric disorders, and increased use of intoxicants.

Effects of nandrolone on the nervous system are long-lasting

The use of anabolic steroids can cause considerably long-lasting changes in the user’s brain neurotransmitter pathways. The serotonin neurotransmitter system often exhibits the strongest reaction to nandrolone administration. This supports the previously observed side effects, such as aggressiveness and mood changes, because decreased serotonin levels in the brain are associated to the aggressive and uncontrolled behavior of both humans and animals.

Numerous case studies suggest that intervals of non-use generally observed by users in between the administration periods are not long enough to recover the studied neurotransmitter pathways activity to their basic level. When a new administration period begins before the affected neurotransmitter pathways activity has been recovered, the new changes will be greater and the effects can last even longer than the effects of the preceding use.

When used in excessive doses, both synthetic testosterone and anabolic steroids cause harmful elevation in cholesterol levels. Without the correct Vitamin D synthesis and genesis, the continuous use of these hormones will increase the risk of developing heart and vascular diseases, heart infarction and apoplexy. An increase in steroids above natural thresholds weakens the cardiac contractile force, and cause cardiac muscle degeneration, which can lead to cardiac arrhythmia and even sudden death.

Abuse of AAS and testosterone increases the risk of diabetes

Excessive use of testosterone and anabolic steroids also increases the risk of cancer and liver damage. Anabolic steroids that are administered orally are more harmful to the liver than injected anabolic steroids because when taken orally, the steroids pass through the digestive tract, and have to be metabolized by the liver. Liver diseases vary from reversible, slight cell damage and yellowness, to malignant liver tumors with a bad prognosis even when treated.

Olympian™ is all Natural 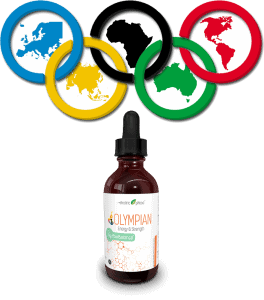 Olympian™ is the superior natural tissue-regenerative assisting herbal supplement. It is a wild-crafted and organic antibacterial, anti-fungal, antiviral, anti-inflammatory detoxifying formula, used to help nourish, repair, regenerate and strengthen the entire muscular and skeletal systems. This includes all corresponding joints, tendons and ligaments, by guaranteeing functional testicular and ovarian hypophysis, by way of the endocrine system, to produce an abundant healthy supply of free testosterone, while supplying the precise minerals, amino and carboxylic acids necessary to achieve, improve and maintain muscular and skeletal strength, mass, and performance.

Olympian™ also helps the body to reverse male reproductive issues such as erectile dysfunction, prostatitis, and sterility due to oligospermia or azoospermia. This powerful formula provides nutrient assistance to restore libido within days of use.

The Olympian™ formula contains only whole plant/fruit ingredients, which means we do not employ the use of any “extracted” synthesized chemicals or compounds. The process of extraction eliminates the chemical components of plants and fruit that would otherwise neutralize the potential harsh or harmful effects of the actual extract, which normally produces adverse side-effects, and renders the extract a toxin. Instead, Olympian™ works in harmony with the endocrine system to maintain optimal levels of free testosterone, cholesterol and serotonin, while inhibiting excess estrogen and cortisol production, and their unwanted catabolizing properties.

Olympian™, as with all electric pHood supplements, is a sublingual tincture, which means it is taken and held under the tongue so that it is absorbed straight into your bloodstream, bypassing the digestive tract, to go straight to those cells, organs and glands that require it most.

Olympian™ was previously only available to professional trainers, athletes, nutritionists, dietitians, physiotherapists, and other professionals within the field of sports medicine, but now it is available directly to you.