Endometriosis and adenomyosis are among the most common afflictions and indicators for reproductive surgery among black women.

Endometriosis is a chronic inflammatory disease in which the lining of the uterus (endometrium) is found or grows outside of the uterus. It is the most common cause of pelvic pain and occurs in 30 – 40% of women with infertility.

Endometriosis is the third leading cause of gynecological hospitalization in the US. It is commonly characterized by:

During ovulation, there is a natural increase in serum estrogen production, which thickens the endometrium, while an increase in the hormone progesterone prepares the uterus for pregnancy. If conception doesn’t occur, progesterone levels drop, which triggers the uterus to shed its lining. This is known as a menstrual period.

Women who suffer from endometrial hyperplasia make minuscule, if any, progesterone. As a result, the uterus fails to shed the endometrial lining, causing amenorrhea. Instead, the lining continues to grow and thickens.

Adenomyosis, which is endometriosis that is local to the uterus where endometrial tissue invades the myometrium (inner wall and smooth muscle tissue of the uterus), affects black women more than any other race but many studies have shown that black women are less likely to be diagnosed with endo than white women and women of other races, however, this doesn’t mean that black women are suffering from endo any less than their white counterparts. There are several reasons why there is such a low diagnosis of endo amongst black women:

First of all, the existence of racial bias within the medical industry plays a huge role in why black women with endo are often overlooked. There are fewer studies of endo being conducted on black women which leads to less information about how this condition affects black women. In addition to this, evidence shows that doctors tend to disregard the pain of black women. In some studies, as much as half of the medical students surveyed believed that black people felt less pain than white people.

The diagnosis process for endo can last on average between 6-10 years. Without insurance, medical costs can be extremely expensive for a prolonged period. Due to the medical costs of the procedures, black women are less likely to seek diagnosis or treatment for endo

Black women are also less likely to seek diagnosis due to the lack of awareness about the condition and lack of access to laparoscopic facilities.

Because of these reasons, Dr. Amsu has created the most powerful protocol of electric pHood plant-based supplements, exercises, and a dietary regimen that provide all the tools and resources to naturally eradicate endometriosis and its plethora of symptoms and afflictions without the need for surgery. Introducing the Great Black Endo Detox™️. 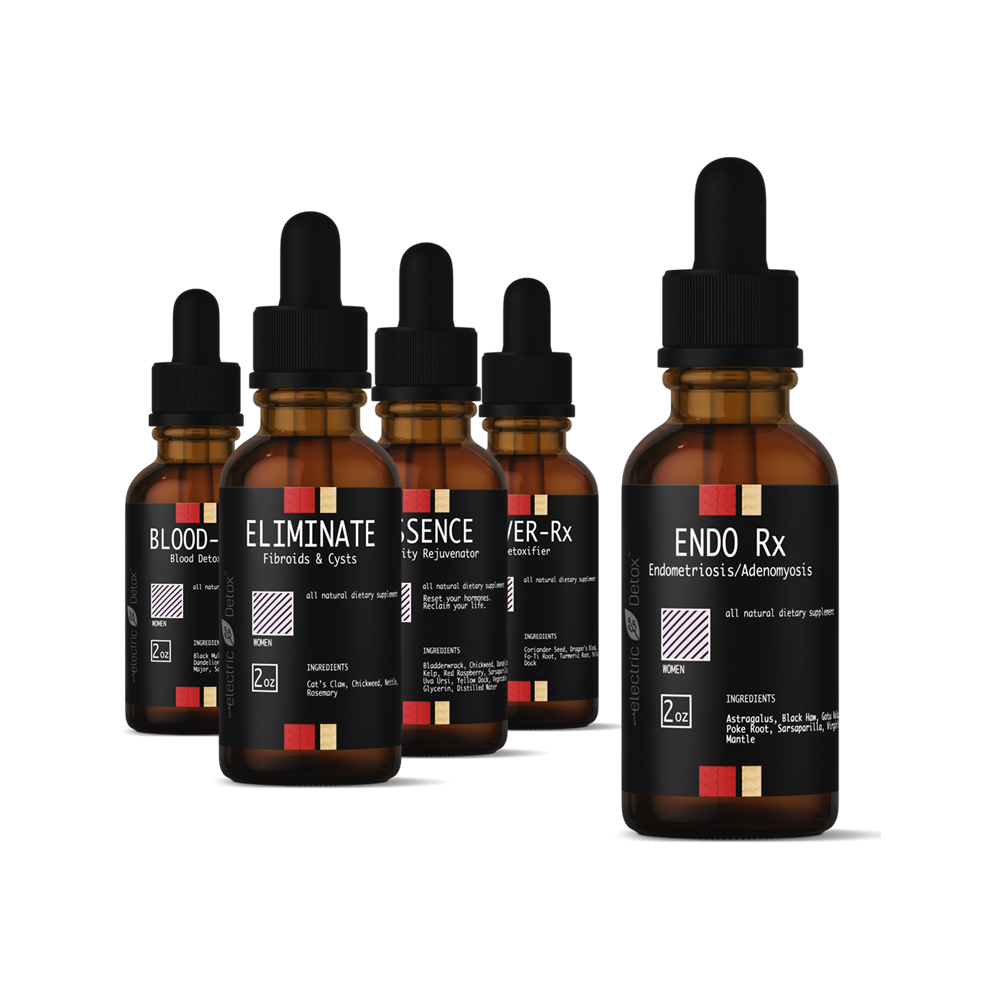 NOTE: This is the refill only and does not include the ebooks.